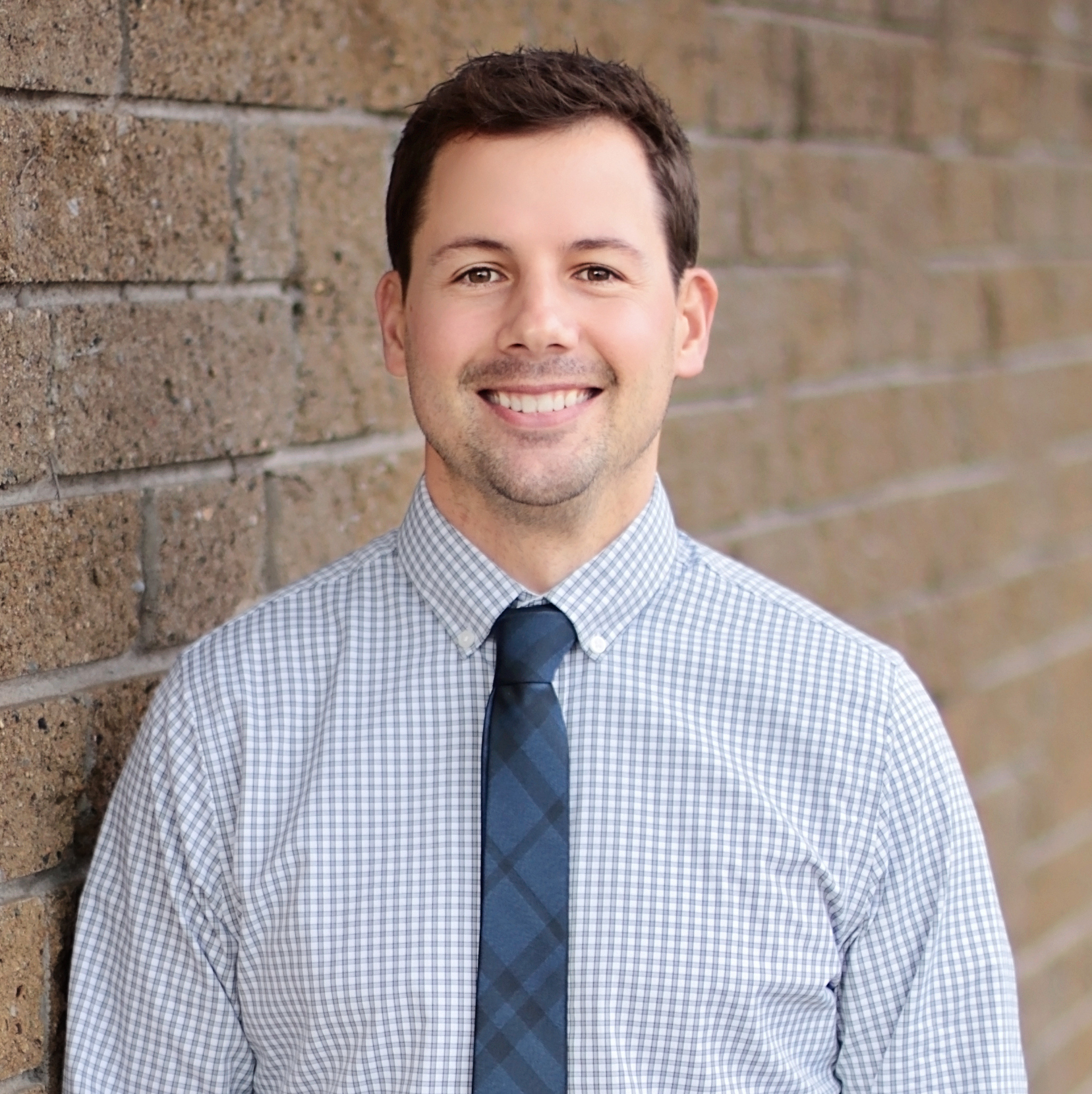 Dr. Mark grew up in Hutchinson, Minnesota and as long as he can remember, knew he wanted to pursue a career in dentistry. He received his Bachelor of Science in Biology from the University of Minnesota and is a 2011 graduate of the U of MN School of Dentistry. Dr. Mark practiced in Buffalo, MN for three years prior to joining Elk Dental Center in 2014. He continues to reside in Buffalo with his wife, Jess, and their 2 sons. Outside of the office he enjoys the outdoors, sports, traveling, and spending time with family and friends. 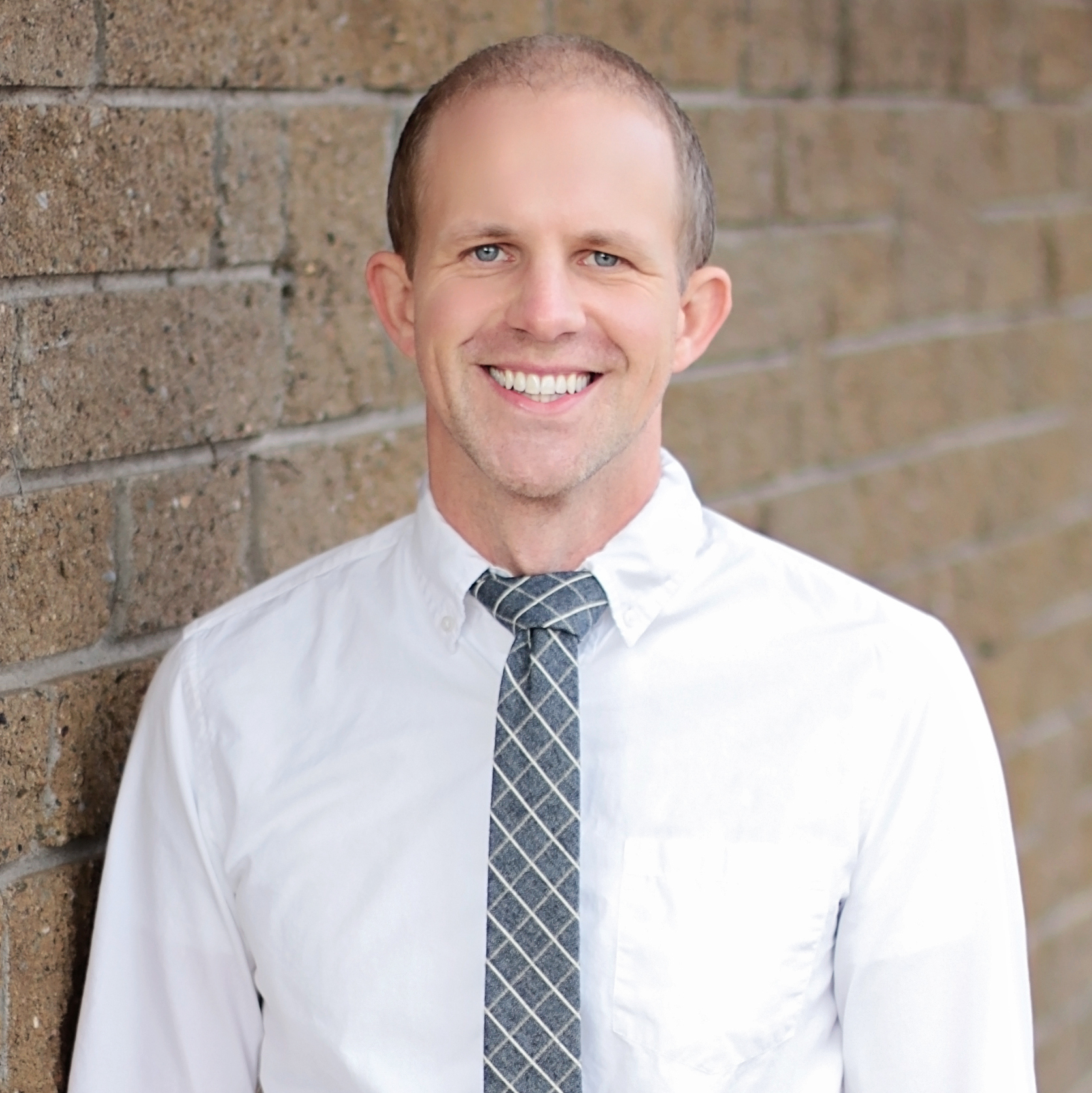 Dr. Brian attended the University of Minnesota for his undergraduate degree, and is also a 2011 graduate of the U of MN School of Dentistry. Dr. Peters has specialized training and certification in Botox and Dermal Fillers, Botox for TMD and Facial Pain, Sleep Apnea, Invisalign, Cosmetic Dentistry, Endodontics, and Oral Surgery. He has also attended continuing education courses at the Spear Education Center in Scottsdale, AZ. Before joining Elk Dental Center, Dr. Peters owned a practice in downtown Minneapolis. In his spare time, he enjoys spending time with family and friends, traveling, golfing, downhill skiing, hunting, biking, and trying new restaurants. 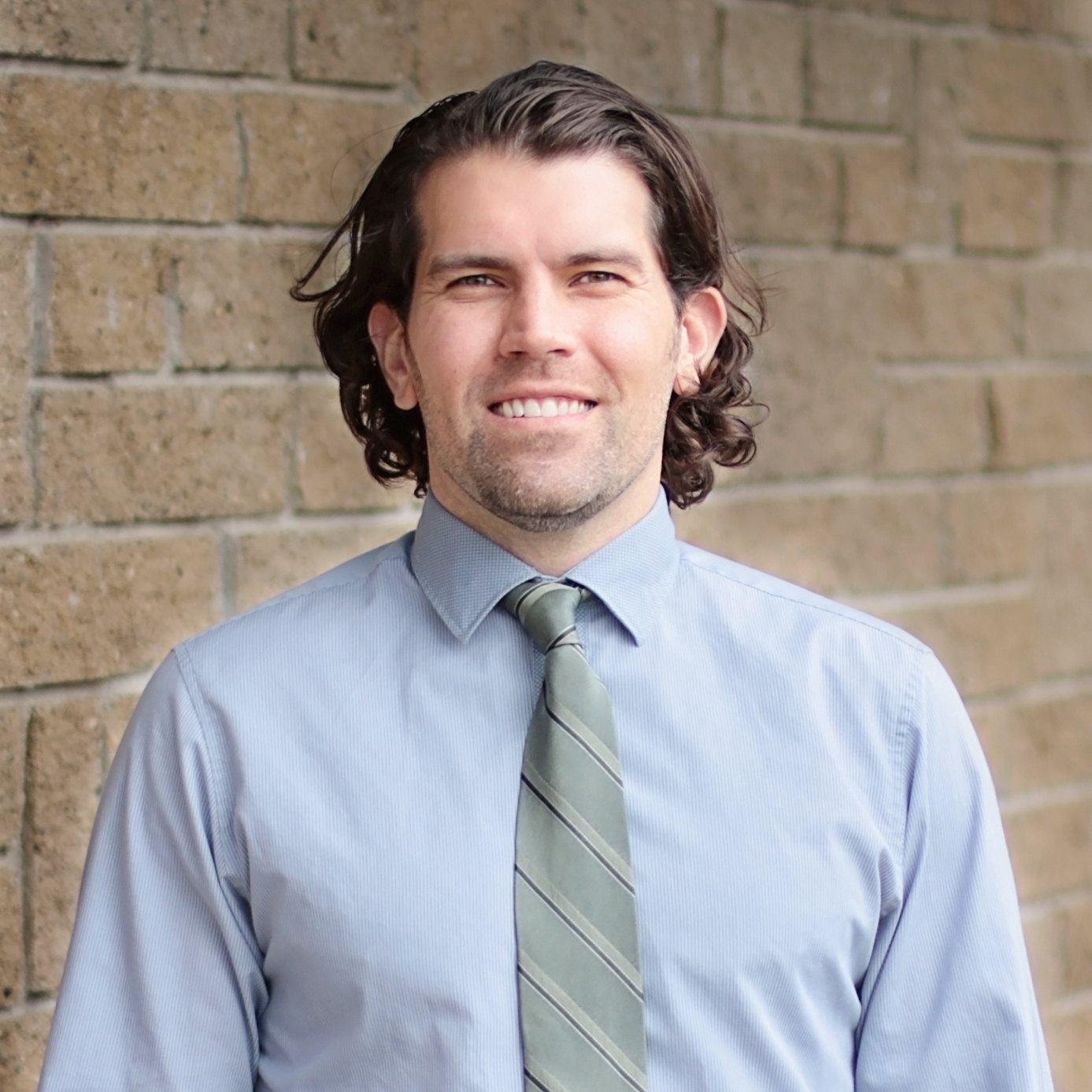 Dr. Ben is a 2013 graduate of the University of Minnesota School of Dentistry. He grew up in Minnetonka, MN and received his undergraduate degree from Bethel University. Prior to joining Elk Dental Center, Dr. Ben practiced in the Southwest Metro including Hector, MN. When not practicing dentistry, he enjoys golfing, running, playing or coaching his kids in hockey, and traveling with his family. Dr. Ben and his wife, Kelsey, live in Chanhassen with their three kids and two dogs. 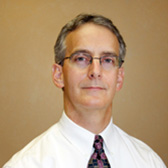 Dr. Klump received his DDS degree from the University of Michigan School of Dentistry in 1986. After one year as a general dentist, Dr. Klump began his emphasis in the non-surgical and surgical treatment of periodontal disease, including implant dentistry. Dr. Klump completed his specialty training in Periodontology at the University Of Minnesota School Of Dentistry in 1994. Dr. Klump taught at the University of Minnesota dental program in addition to the Normandale Community College Hygiene program. He has continued to practice periodontics and implant dentistry with various larger private practices in the Minneapolis area. Dr. Klump joined Elk Dental Center in 1990. 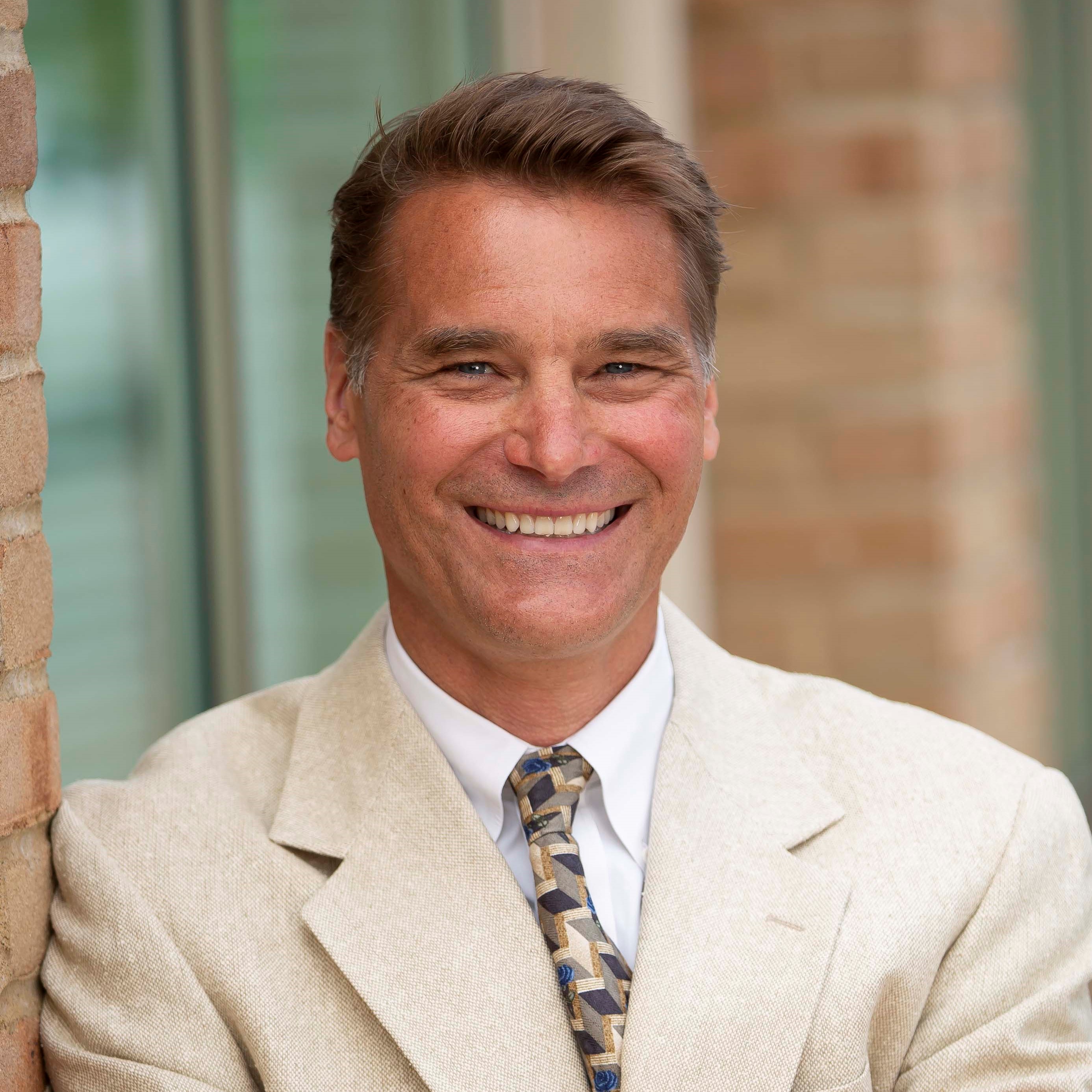 Dr. Carter is a native of Fairmont, Minnesota. He received his BA in Biomedical Science from St. Cloud State University before graduating from the U of MN School of Dentistry. He served as a General Dentist in the United States Navy at Naval Air Station in San Diego, and with the Marines in Saudi Arabia in Operation Desert Shield and Desert Storm. He then returned to Minnesota to complete his residency in Oral and Maxiofacial surgery at the University of Minnesota. He has since practiced as an Oral Surgeon in the Western suburbs for the past 25 years. In his free time Dr. Carter enjoys spending time with his family, lake activities, running and biking.

Find us on the map

Invisalign's® invisible, removable, and comfortable aligners will give you the beautiful straight teeth you've always wanted. And best of all, no one can tell you're wearing them. Invisalign® is great for adults and teenagers. What is Invisalign®? Invisalign® is the invisible way to straighten your ...

The Importance of Preventive Care: Maintaining Good Oral Health Preventative dental care is a significant part of overall dental health, but it's often an afterthought. Our dedicated dentist sees many patients who don’t keep up with consistent preventative oral care and then must fix the problems ...

Teeth that are badly stained, shaped or crooked may be improved by a veneer placed on the surface of the affected teeth. Veneers are thin pieces of porcelain or plastic cemented over the front of your teeth to change their color or shape. Veneers are used on teeth with uneven surfaces or are chipped, ...

Frequently asked questions: dental fillings Are dental amalgams safe? Is it possible to have an allergic reaction to amalgam? Is it true that dental amalgams have been banned in other countries? Is there a filling material that matches tooth color? If my tooth doesn't hurt and my filling is still in ...

Your Rights and Responsibilities as a Patient

Sealants are liquid coatings that harden on the chewing surfaces of teeth and are showing a great deal of effectiveness in preventing cavities—even on teeth where decay has begun. The pits and grooves of your teeth are prime areas for opportunistic decay. Even regular brushing sometimes misses these ...

Pain can occur in any number of places in your mouth: teeth, gums, roots, the palate, tongue and jaw. Cavities are a common culprit causing pain. Untreated cavities can impact nerves because of infections of the tooth and gums. Impacted and abscessed teeth and sore jaws from teeth grinding are other ...

Simple toothaches can often be relieved by rinsing the mouth to clear it of debris and other matter. Sometimes, a toothache can be caused or aggravated by a piece of debris lodged between the tooth and another tooth. Avoid placing an aspirin between your tooth and gum to relieve pain, because the dissolving ...

Does mercury in the silver fillings in your mouth pose any long-term health risks? Does fluoride, in spite of everything we've been told since childhood, actually cause more harm than good? What does the latest research reveal about tobacco use on your overall oral health? This section is dedicated ...

Oral piercings (usually in the tongue or around the lips) have quickly become a popular trend in today’s society.  With this popular trend, it is important to realize that sometimes even precautions taken during the installation of the piercing jewelry are not enough to stave off harmful, long-term ...

What Our Clients Say About Us

Elk Dental Center provides a great experience in dental care. Extremely caring staff and doctors. Most refreshingly, they don’t over-diagnose treatments like other dentists - several times they’ve told me “You have a very early stage cavity that could need a filling in the future, but for now let’s watch it until your next exam.” Well worth the drive to get there from Plymouth!

Always friendly! They make sure you are comfortable too - if you’re afraid of going to the dentist, go to Elk Dental Center, they’re a great team. Receptionists are always helpful and courteous. The dentist does a thorough job and which ever one you see, all are very knowledgeable and have time for any questions. I’ve been a patient there for quite a few years - it can’t be too bad...I go every 6 months!

I've been going to Elk Dental Center for 35 years. I had to go somewhere else for awhile because of insurance and couldn't wait to get back. All staff is professional, friendly, and truly caring. The dental work itself is high quality. They never "over prescribe" any work, and the cash discount is greatly appreciated. They also made extra effort to get me in on short notice when I've had problems.

Always so polite and pleasant to there customers. Very satisfied, I have been going to dentist off and on for thirty-five years. Moved out of state, then when moved back went back to Elk Dental Center. We drive two hours both way to get dental services at Elk Dental Center.